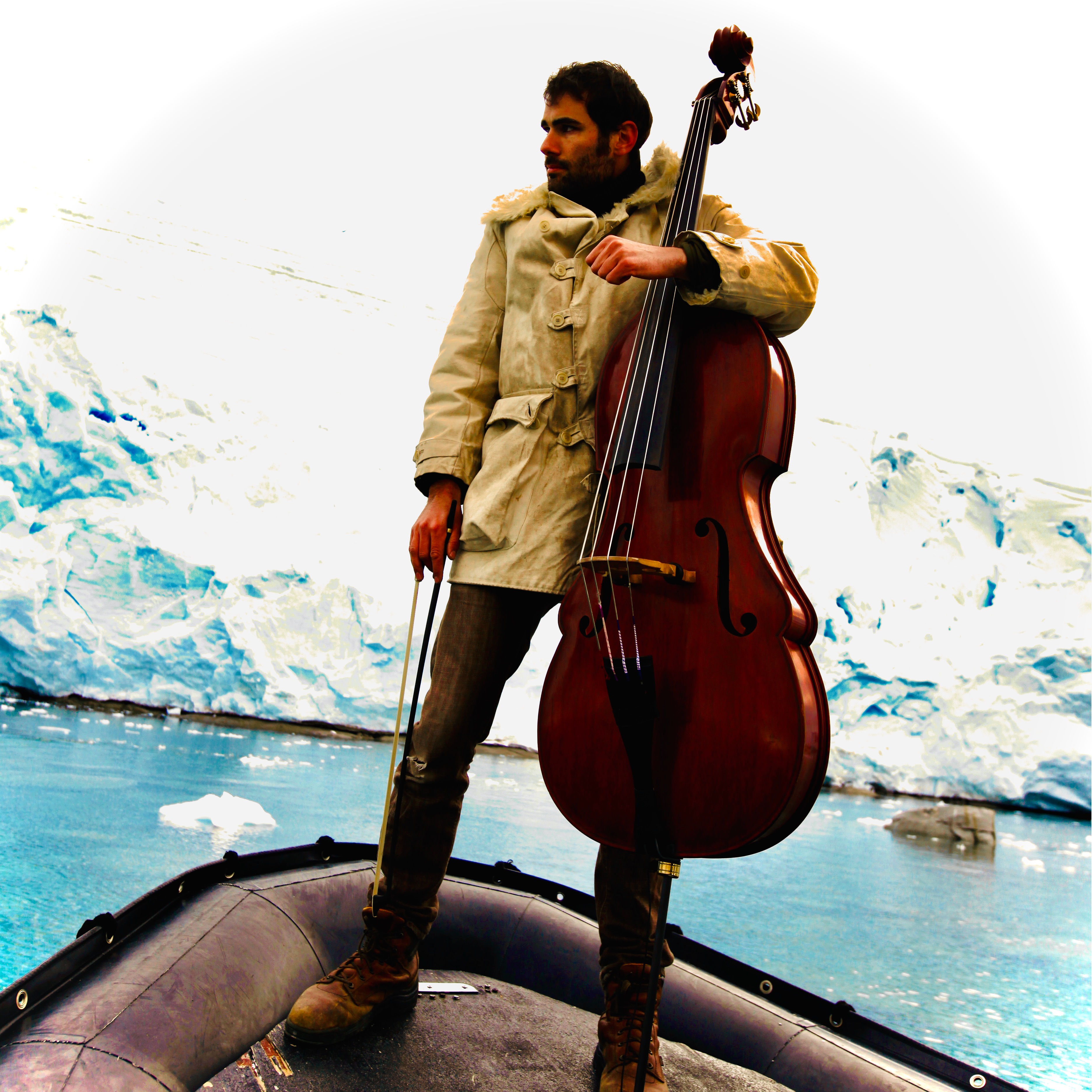 Double bassist and composer Garth Stevenson was raised in the mountains of Western Canada, where nature became his primary inspiration and the common thread between his life and music. His three full-length solo albums, Alpine, Flying, and Voyage, are informed by his experiences carrying his 160-year-old double bass to the woods, beach, desert, and other remote locations, including Antarctica and Tuva.

His month-long journey to Antarctica in 2010 aboard the icebreaker, Ushuaia, was home to author Cormac McCarthy, actress Juliette Binoche, artists Todd Murphy, Gregory Colbert, and others. Stevenson played his double bass among seals, penguins, and icebergs and attracted whales by imitating their sounds on his bass.

Garth Stevenson has been leading Music Meditation Hikes for the past ten years at Wanderlust Festivals. With his double bass strapped to his back, he leads groups on hikes to beautiful locations in nature, where he improvises music that blends and interacts with the natural environment.

Stevenson attended the Berklee College of Music on a full scholarship and received a degree in Performance and Jazz Composition.